When Will Archdiocese of Boston Reopen Churches?

After a long break, we decided to dust off the keyboard and say something about the great news that Gov. Baker and the State of Massachusetts are allowing houses of worship to reopen, albeit with some new conditions and precautions.  The big question is when the administrative bureaucracy at the Pastoral Center are going to make it happen.  Will they move quickly or drag their feet?

3pm ET UPDATE: There was some evidence they were going to drag their feet, but since going live with our post, we have seen very fast movement that had to have been in progress in the past few days.  Read on for more on that. 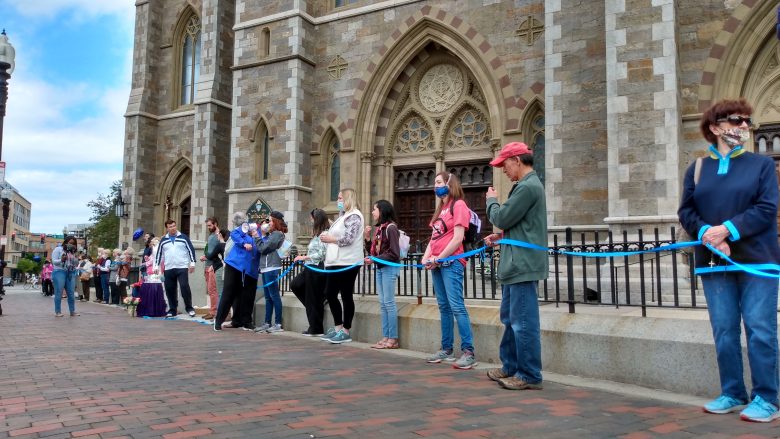 More importantly, now that we have the green light from Gov. Baker, here are the key guidelines:

These seem all readily doable.  The planning council also recommended “best practices” for houses of worship, like making hand sanitizer available, and not passing around collection baskets during a service. For Catholic churches, the guidelines recommend that priests hand out pre-packaged communion wafers. [BCI comment – we don’t know how this one could possibly work – pre-packaging the precious Body of Christ in shrink-wrap plastic?!]

Why did the State of MA allow this, you may be asking?  Well, besides it being the right thing to do, they also faced legal action.  A Worcester Baptist pastor sued Gov. Baker. and as described in this Federalist.com post, Catholic mother and grandmother, Carol Mckinley filed a legal complaint on April 30  with the MA State Department of Justice alleging Baker’s executive orders violate the First Amendment.

“Baker took it upon himself to change the definition of religion and the reception of Sacraments from a First Amendment right to a non-essential business or “social gathering,” making the salvation of our immortal souls constitutionally subordinate to the authority of the government.”

Lawsuits have been filed elsewhere in the country along the same lines, and the Department of Justice has sided with those in VA who said the state overstepped in their restrictions on religious gatherings.   If they didn’t open houses of worship on their own, they could have had courts force their hand.

Here in Boston, BCI has silently watched what’s going on with a lot of regret for what we feel are restrictions from the Boston Archdiocese that have gone beyond what has been necessary from a public health perspective.  For example, why are there no outdoor Masses permitted with appropriate social distancing?  Where have drive-through confessions or outdoor adoration of the Blessed Sacrament been allowed or encouraged?

Now with the State of MA allowing Masses to resume, where does the Archdiocese of Boston stand?  They’re holding a webinar on Tuesday for priests and diocesan staff at 1pm to talk about this more, but their language sounds pretty non-committal.  The invitation says,

The webinar follows the May 14th message from [Vicar General] Bishop Uglietto to parishes [which basically said you can’t do anything for a while] and will examine the specifics of the Governor’s report to discuss the implications for our own planning regarding the resumption of our ministries, schools and other pastoral activities when we are allowed to do so….I will be contacting the Diaconate Community Board once I receive a copy of the Archdiocesan Plan for Reopening so that we can begin to think about hot the diaconate community is affected by the plan and how we might be able to help our parishes implement it.”

Does this wording sound weak to you?  Why not say something like, “We’re beyond thrilled that Gov. Baker is now allowing public Masses again, and we can’t wait to get churches open as quickly as possible!  We’re excited to talk with you about everything we’re doing to help you re-open as early as this week or this weekend so you can start making the sacraments available again to the faithful as quickly as possible.”

UPDATE: An email from the Vicar General just went out giving specific details for parishes about how to get ready to re-open.  That’s excellent news!  Kudos to the RCAB for pivoting quickly from their previous position.

This entry was posted on Monday, May 18th, 2020 at 1:56 pm and is filed under Uncategorized. You can follow any responses to this entry through the RSS 2.0 feed. Both comments and pings are currently closed.

9 Responses to When Will Archdiocese of Boston Reopen Churches?